The functional paradigm has been influencing mainstream languages for decades, making developers more efficient whilst helping reduce maintenance costs. As we are faced with a programming model that needs to scale on multi-core architectures and distributed environemnts, concurrency becomes critical. In these concurrency models, immutability, a key feature of functional programming paradigm will become even more evident. To quote Simon Peyton Jones, future concurrent languages will be functional; they might not be called functional, but the features will be. In this talk, we explain why!

Francesco Cesarini is the founder & technical director of Erlang Solutions. He started his career at Ericsson's computer science laboratory, moving on to Ericsson's consulting arm working on the first release of the OTP middleware, applying it to flagship telecom solutions. In 1999, he founded Erlang Solutions, where he worked on major Erlang based projects both within and outside Ericsson. He the co-author of Erlang Programming and Designing For Scalability with Erlang/OTP, both published by O'Reilly. He also teaches in the industrial master's programme at Oxford University. 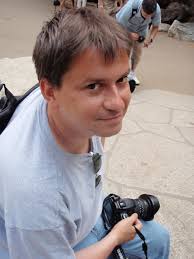